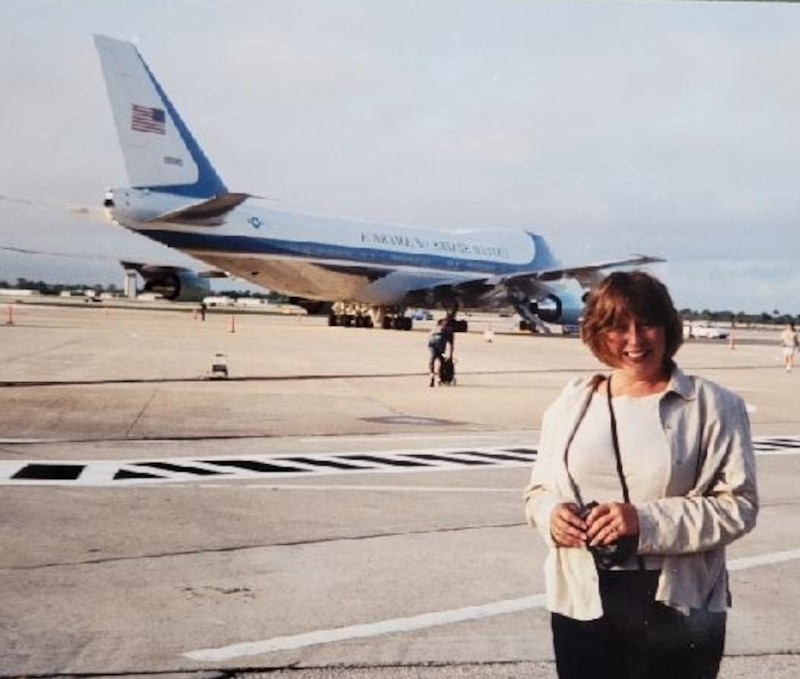 Behold an historic photo. This is my sister-in-law Debra Robinson standing
next to Air Force One in Sarasota, Florida at 8:00 a.m. Eastern Time, September 11,
2001, twenty years ago. At the same time, the planes that would become weapons of
terrorism were taking off in Boston, Newark and Washington, D.C. Air Force One
was also targeted.
Debra lives in Sarasota, where President Bush was visiting. She spotted his
plane on the tarmac and snapped a picture from behind a fence. A guard
encouraged her to come through the fence and get closer to the plane “to get a better
picture.” She went through no security.
You are looking at a moment in time, the final glimpse of a gentler America.
And the photographer was…the guard!