The Paper Source, Inc. was founded in 1987 by W. J. Mencarow and his wife and business partner Alison. He and Alison have been note investors since 1981. He is the editor of THE PAPER SOURCE JOURNAL and she is the publisher.

In addition to numerous articles in THE PAPER SOURCE JOURNAL and other publications, he is a regular writer for Think Realty Magazine, the author of the guidebooks How To Get Started In Notes Without Using Your Own Funds, Almost Everything That Could Go Wrong With A Note and How to Prevent It, and several seminars. They received the coveted Founders Award for starting the first nationwide cash flow publication and first note industry national convention and were inducted into both the Mortgage Report Hall of Fame and Metropolitan Mortgage´s Note Industry Hall of Fame.  He received the Noteworthy Note Industry Achievement Award, and was recognized as the “Note Educator Of the Year” by the Note Investors Summit.

His opinions on financial and other matters have been quoted in virtually all the nation´s major media outlets including The Wall Street Journal, Newsweek, Time, The Washington Post, New York Times, Los Angeles Times, NBC, CBS, ABC, CNN and many others both print and broadcast. The nation´s best-selling personal finance author Jane Bryant Quinn wrote in her Newsweek column, “William Mencarow is an expert on real estate notes.” 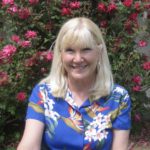 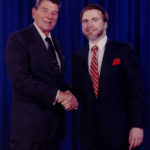 Before the note business, Alison’s and his careers were in public service. They met on Capitol Hill during their years with the U.S. House of Representatives as professional staff. Alison (right, in a recent photo) has an extensive background as a Congressional press secretary, speechwriting assistant for the Vice President of the U.S., Washington representative for a medical association organized to preserve the practice of private medicine (https://aapsonline.org/), public policy for a Washington conservative think-tank and for the American Conservative Union, list manager for the largest political and financial newsletter company in the world, and more…including a key role involved in organizing several Conservative Political Action Conferences (CPAC) in Washington, D.C., where everyone who´s anyone in conservatism participates (including the fellow at left shaking hands with a bearded Mencarow — in a photo that, unlike Alison’s, is decidedly NOT recent).

In his years serving in Congress, Bill was the Republican Counsel and Staff Director of the Subcommittee on Government Operations of the U.S House of Representatives. Before that he was the press secretary and legislative director for several members of Congress, having staff responsibility for many bills that became law. He helped Congressman Ron Paul create the American Eagle Gold Coin. (How We Made Gold Ownership Legal After 50 Years Of Federal Prohibition )

He also worked exposing graft and corruption while an investigator in the Executive Branch of the federal government.

Before his government service he managed over a dozen political campaigns and worked in every presidential campaign starting when he was 11 years old (when he passed out brochures on Moline, Illinois street corners). Later he was on Ronald Reagan´s presidential campaign staff (he was a bit older than 11), was in charge of all Reagan volunteers at the Republican National Convention and served as Senior Advisor to the Reagan Presidential Transition Committee.

Prior to that he was a television and radio talk show host for nine years in the Chicago area and produced the morning drive-time program, The Howard Miller Show, for the NBC-owned radio affiliate. It traded the #1 spot in Chicagoland with Wally Phillips at WGN.

He majored in philosophy at Elmhurst College (IL), earned a certificate at National Chengchi University in Taipei, Taiwan, Republic of China, studied law at DePaul University and economics at the University of Chicago under Dr. Milton Friedman. Earlier, in high school, he was the youngest staff photographer in the history of the Moline (IL) Daily Dispatch. That was the first time he realized that people would actually pay him to do what he would gladly do for free.

He has been interviewed on numerous radio and TV programs including “Good Morning America,” most networks and in major U.S. newspapers and magazines. He has engaged in numerous debates before large and televised audiences. He has debated Jane Fonda, Gore Vidal, Paul Ehrlich and many others.

He says his most memorable honor came when a speech he wrote for a member of Congress was attacked by Pravda, the official newspaper of the Communist Party of the former Soviet Union.

In addition to his work on THE PAPER SOURCE, he studied at Whitefield Seminary, is an ordained minister and is the recently retired pastor of Reformation Church, a conservative, Bible-believing congregation in Boerne, Texas. His sermons are posted at http://reformation.sermonaudio.com.

He and Alison have a talk radio program on https://www.hillcountrypatriot.com/  Podcasts are at FirstCoupleofTexasRadio.com  Spotify, Google Podcasts, Breaker, PocketCasts, Radio Public, and other popular podcast platforms.

“Trust in the Lord with all thine heart; and lean not unto thine own understanding. In all thy ways acknowledge Him, and He shall direct thy paths.” (Proverbs 3:5,6)